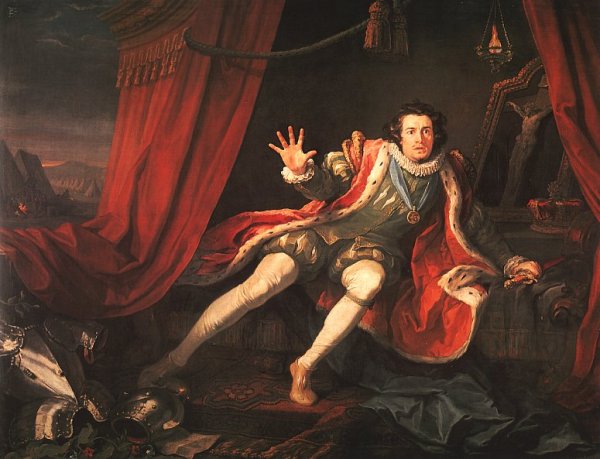 Richard is a sociopath.

Richard is a comic book villain.

Myth: Richard of Gloucester spends two years in his mother’s womb and emerges as a monster with hair and teeth.

Fact: a malformed baby meets a malevolent world. His mother despises him and tells him so every chance she gets. His brothers torment him for his disfigurement. As the years go by, in order to survive, Richard puts on a cheerful face and does the dirty work. He is finally accepted as one of the boys. But Richard can no more forget his persecution than he can forget the constant pain of his body. Revenge burns in his soul.

This play is almost a romp of hatred and violence, but underneath the dark psychological comedy lies a simple plea for kindness.