One day in a timeless, vaguely medieval world a wandering knight comes upon a small fisherman’s cottage in the enchanted forest, where Ondine, the daughter of the Sea, has grown up as a mortal and is now sixteen, ready to fall in love. Upon seeing Hans, the knight, she does, instantly, and now the trouble begins. 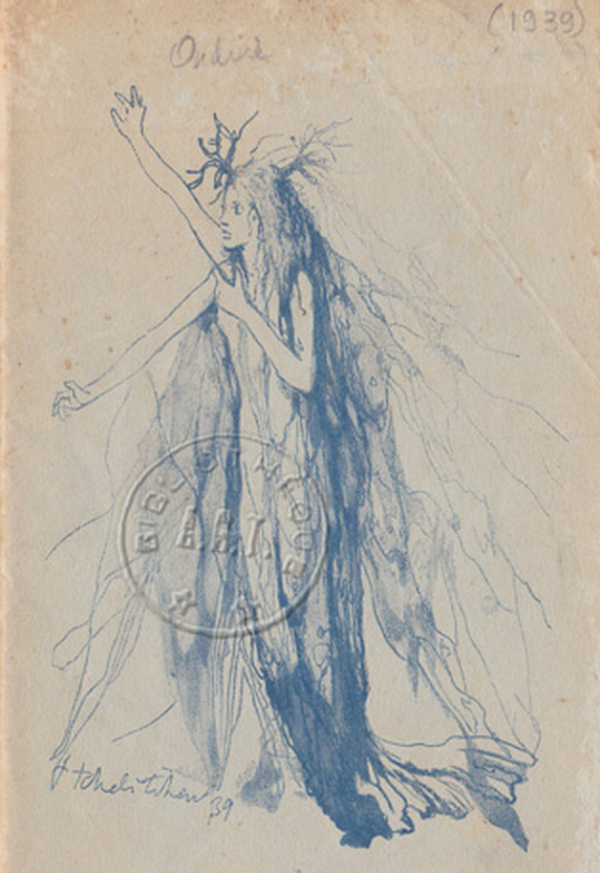 We chose the play (by Jean Giraudoux, author of The Madwoman of Chaillot, from three seasons ago) for its outrageous comedic fantasy but we have been discovering a wonderful, heart-breaking love story as we’ve been rehearsing it–not only between two young people but between Humanity and Nature itself. In the middle of a scene rehearsal it’s not uncommon for the whole cast to stop and marvel, or weep, at the terrible ironies of human existence. The cast is large. We have four high school actors, including Autumn Hausthor in the title role in a cast of 17 terrific and multi-talented people, including Hubbard Hall favorites Doug Ryan as the King, Gino Costabile (last year’s Macbeth) as the King of the Sea, Erin Ouelette as the Inquisitor judge, Scott Renzo and Cate Seeley as the girl’s adoptive parents, Myka Plunkett as Bertha, the other woman, and excellent new faces Tony Pallone as the Royal Chamberlain and Maizy Scarpa as the handsome knight. Local jazz musician David Cuite accompanies the play live on double bass, giving the evening a whole other dimension.

The old Hall, built for traveling productions of melodrama, Shakespeare and light opera in 1878, is a remarkable acoustic chamber that we usually use as a freely configured “black box,” positioning each play differently in the space. For Ondine, we are going back to the theater’s roots, not only facing the stage but even using the old painted flats for different scenes. It will be a rare chance to experience the theater as it was designed to play, perfect for the mystery of an adult fairy tale.